Behind The Poem: Kurt Vonnegut, Las Vegas, and Pearl Jam


Several people have asked me about this poem from The Existentialist Cookbook: 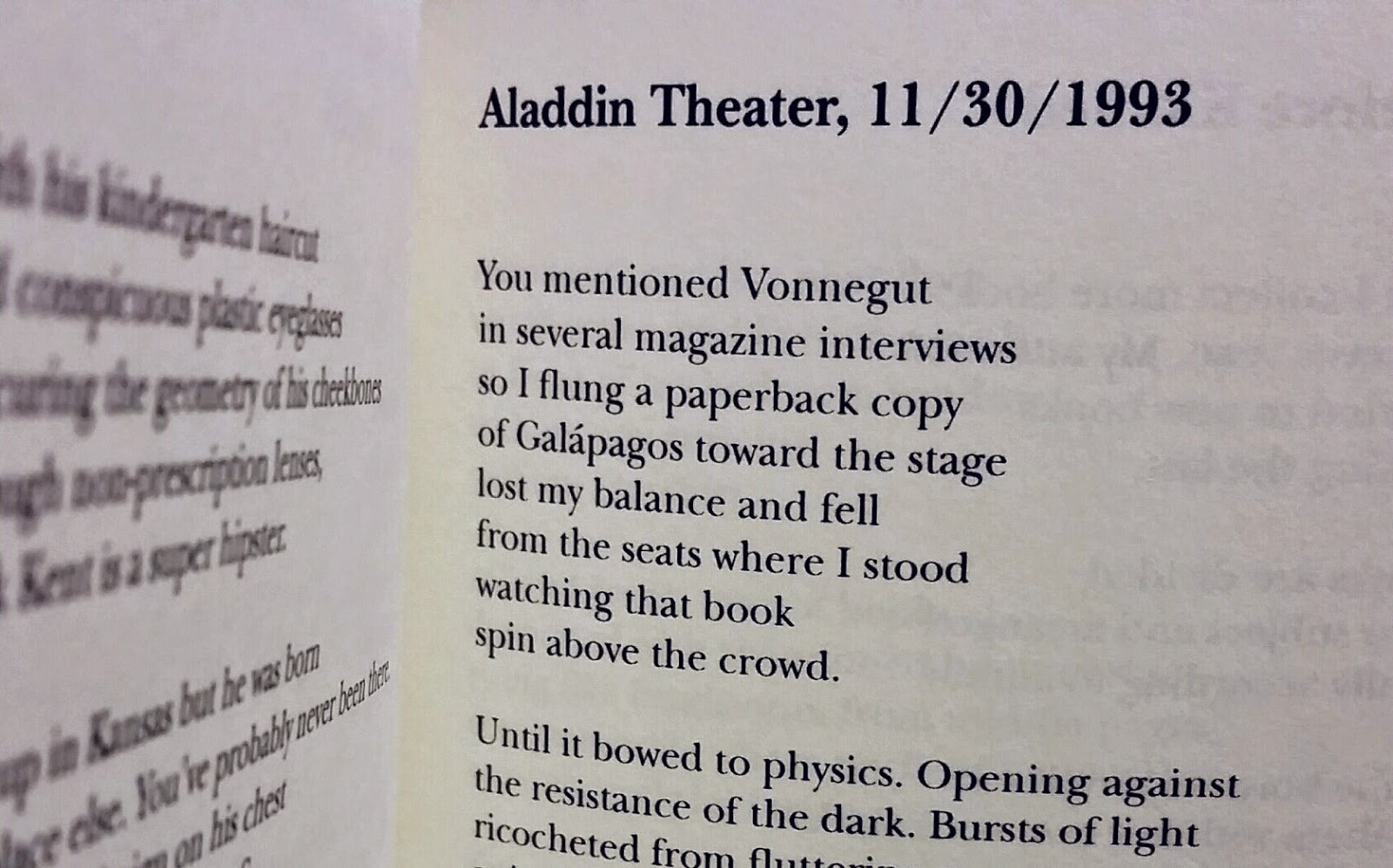 It was from back when I bought some overpriced scalper tickets and skipped a few days of high school to drive up to Las Vegas with a friends to see a Pearl Jam show during their VS. tour.

On the way to the show, we were talking about a Kurt Vonnegut book that was blowing my little eleventh grade mind and how Eddie Vedder name-dropped Vonnegut in some recent interviews. I joked that we should have brought him a book, since 5th row seats were probably close enough to toss one to him. My friend liked the idea more than just a joke and swerved into a bookstore so we could pick up a copy.

When we got to the show, we realized that 5th row seats were farther than we expected, once you factor in the orchestra pit at the front of the stage. So I threw it as far as I could, but it didn't quite make it. However, it did eventually get where it was supposed to go and all these years later, I even found this footage on youtube:

Vedder still had the book, when they came back out for the encore in this video:

Highlights from the rest of this show include the first time Tremor Christ was played live, a My Way duet with an Elvis impersonator, and (since Mudhoney opened this show) Mark Arm and Steve Turner joining Stone Gossard and Jeff Ament for a Green River reunion encore to play Swallow My Pride and a cover of the Dead Boys' Ain't Nothin To Do.

But I didn't write about any of that stuff.
Here's the full video, anyway (paired with a great soundboard recording): 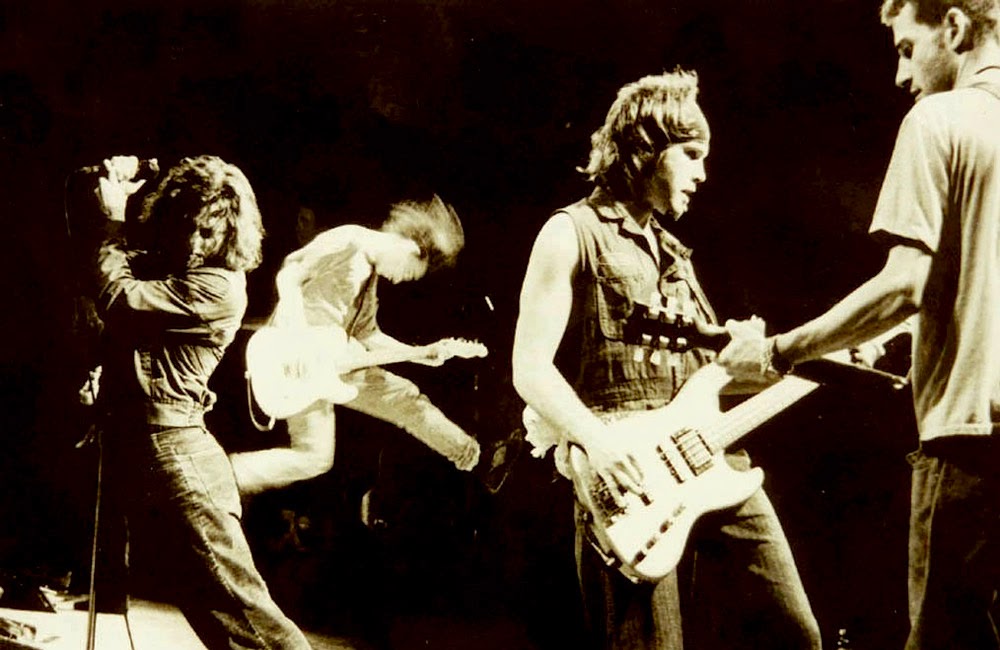