Stinkweeds Record Store and the Academy Of American Poets

Excited to say that our book is now available at Stinkweeds Record Store if you're ever in Downtown Phoenix. This is especially cool because back in high school, I used to drive out to Kimber Lanning's original shops in Mesa and Tempe to buy import bootleg CDs. I've also seen in-store performances by folks like Jello Biafra and Lou Barlow's Folk Implosion over the years.
Since Jia's photos and my poems were heavily influenced by some of our beloved Phoenix bands, we're proud to have this book available in that same iconic record store for less than it would cost from Amaz*n (in keeping with Kimber's local indie-first ethos localfirstaz.com). 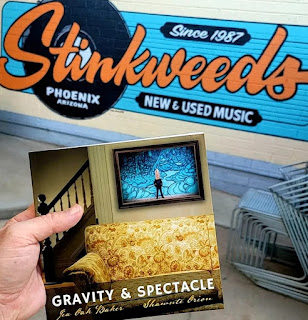 In more literary news, Gravity & Spectacle got a great shout out from the Academy Of American Poets (what!?!) in an issue American Poets Magazine! It was almost surreal for Jia and I to see ourselves listed on the back cover with writers like Joy Harjo, Forrest Gander, Natalie Diaz, Adrian Matejka, and other heroes. 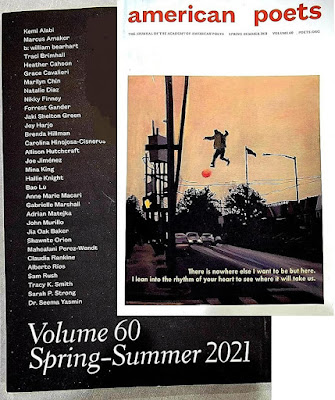 Inside the magazine, there was a wonderful write-up by Phoenix Poet Laureate Rosemarie Dombrowski along with one of my sample poems from the book: 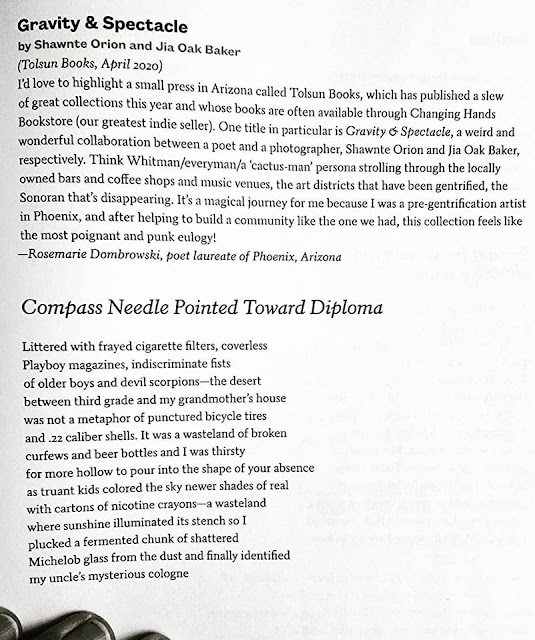 Posted by Shawnte Orion at 5:57 PM