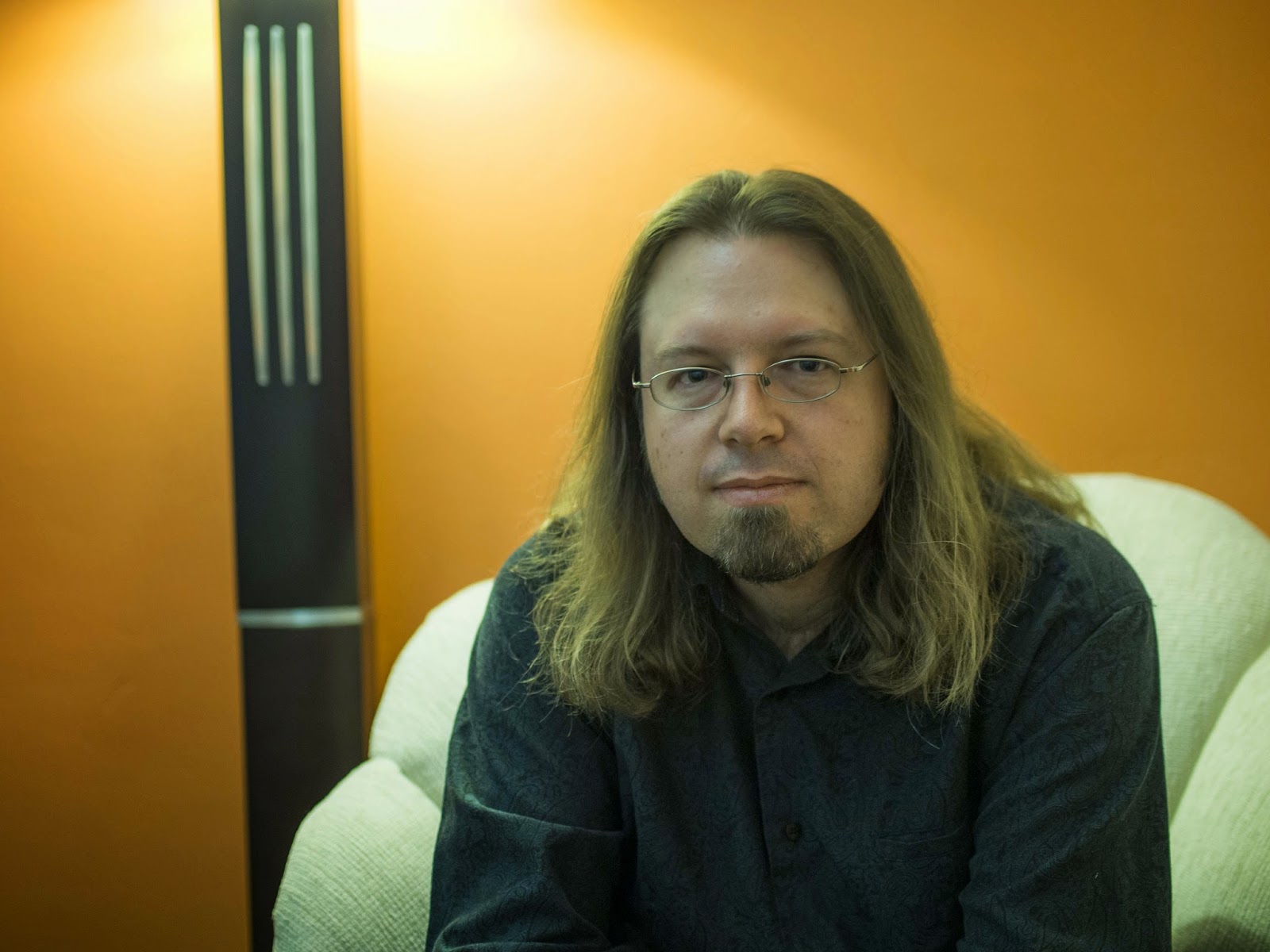 Now that my book is getting closer to print, I have been trying to finish up the items on my to-do list. There is good reason why these items have remained on my to-do list: they are scary. 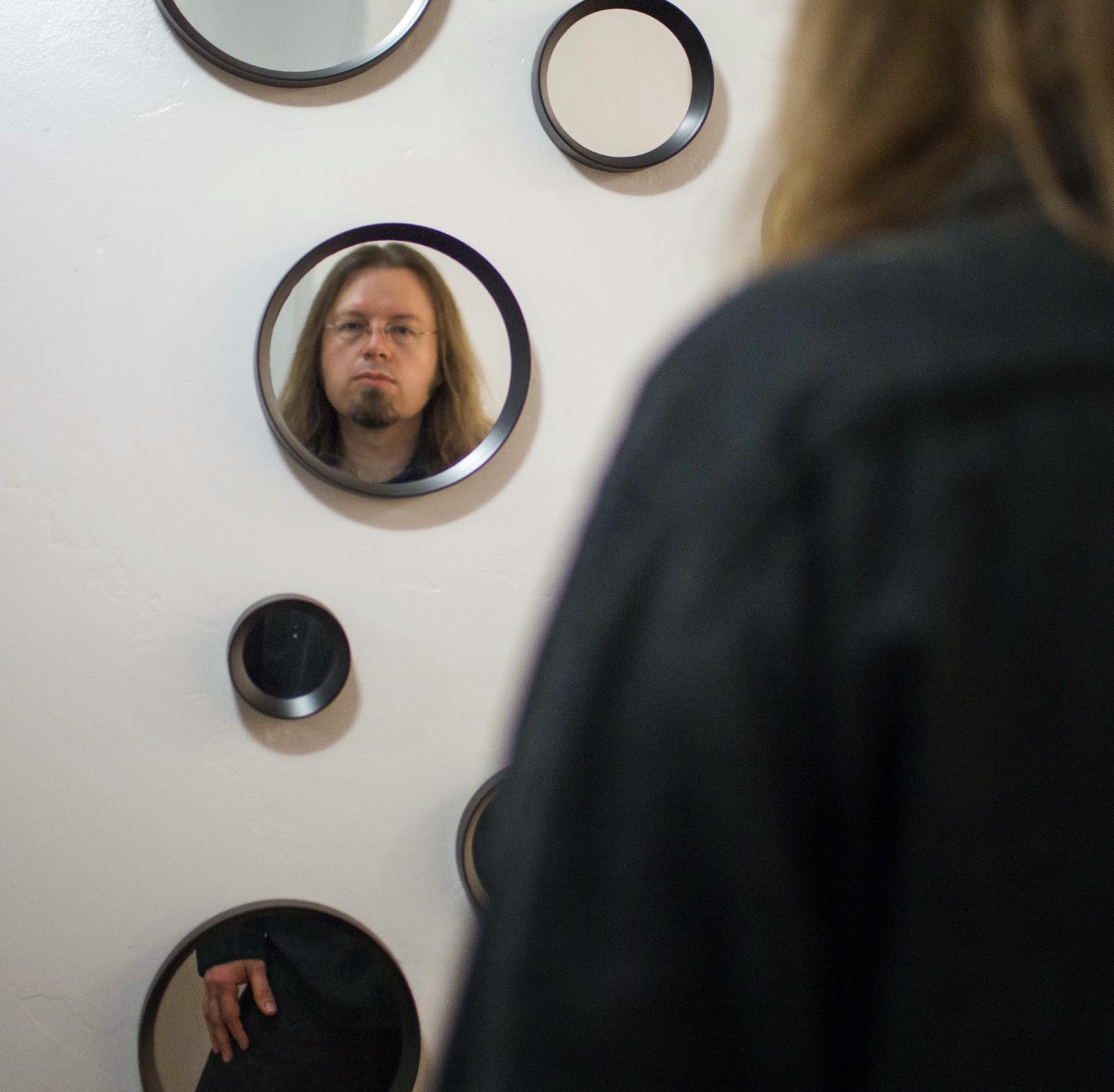 Chasing down blurbs and cover art, writing a book statement, getting an official looking author photo, etc. It's no coincidence that they have been put off for this long. 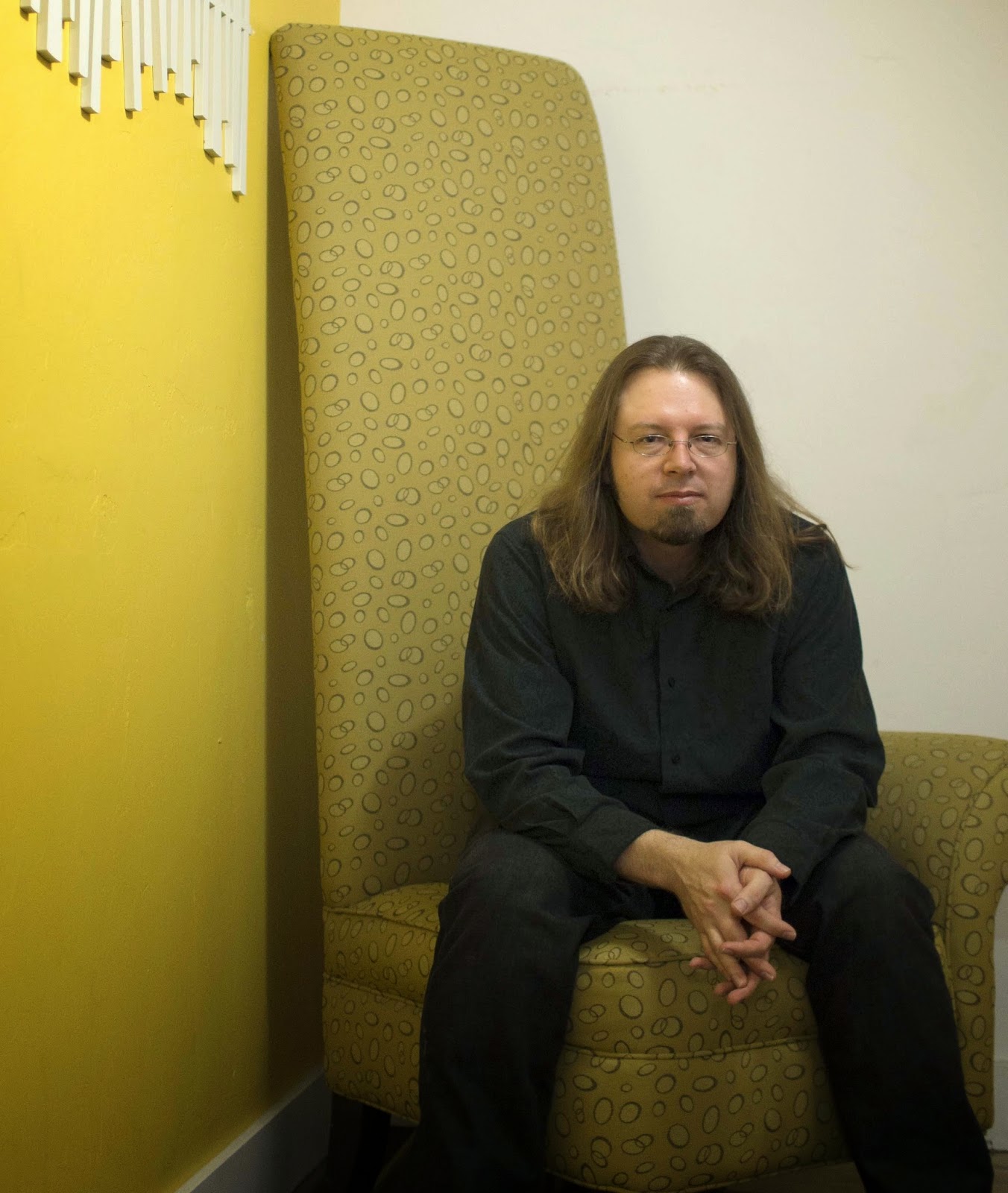 So at least I got to cross one of these off the list recently. My friend Rob Fix offered to take an authoresque photo. I assumed I would just stop by on my way home from work and stand in front of a wall or something. I had no idea that I was in for an adventure. But that's how Rob approaches photography, so I should have guessed. 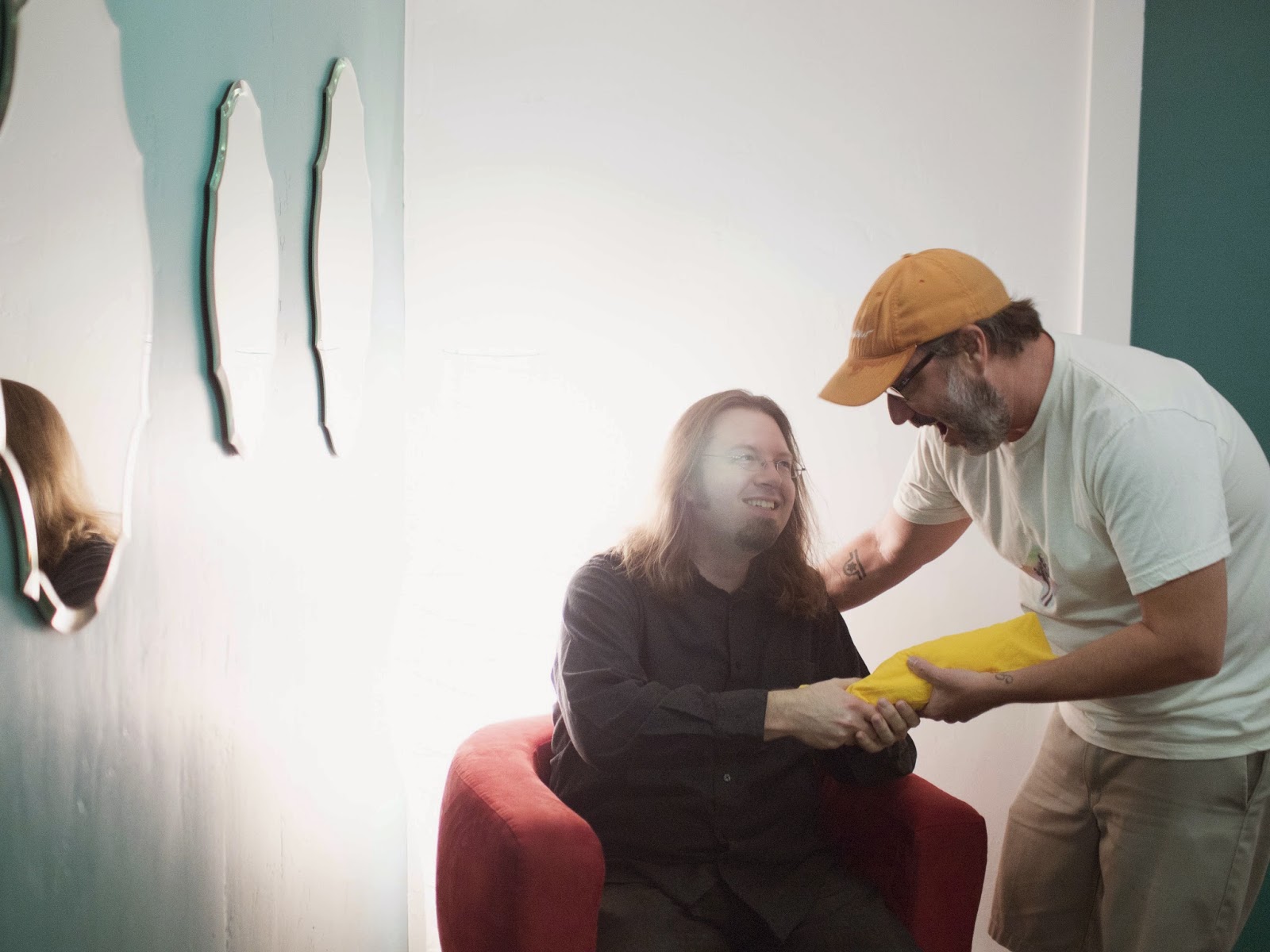 I had to pick him up from a downtown coffeehouse (along with our mutual friend Doug Bale, whom Rob needed for "creative guidance") before driving to Rob's preferred location and he mentions that the only catch is that we have to sneak in. 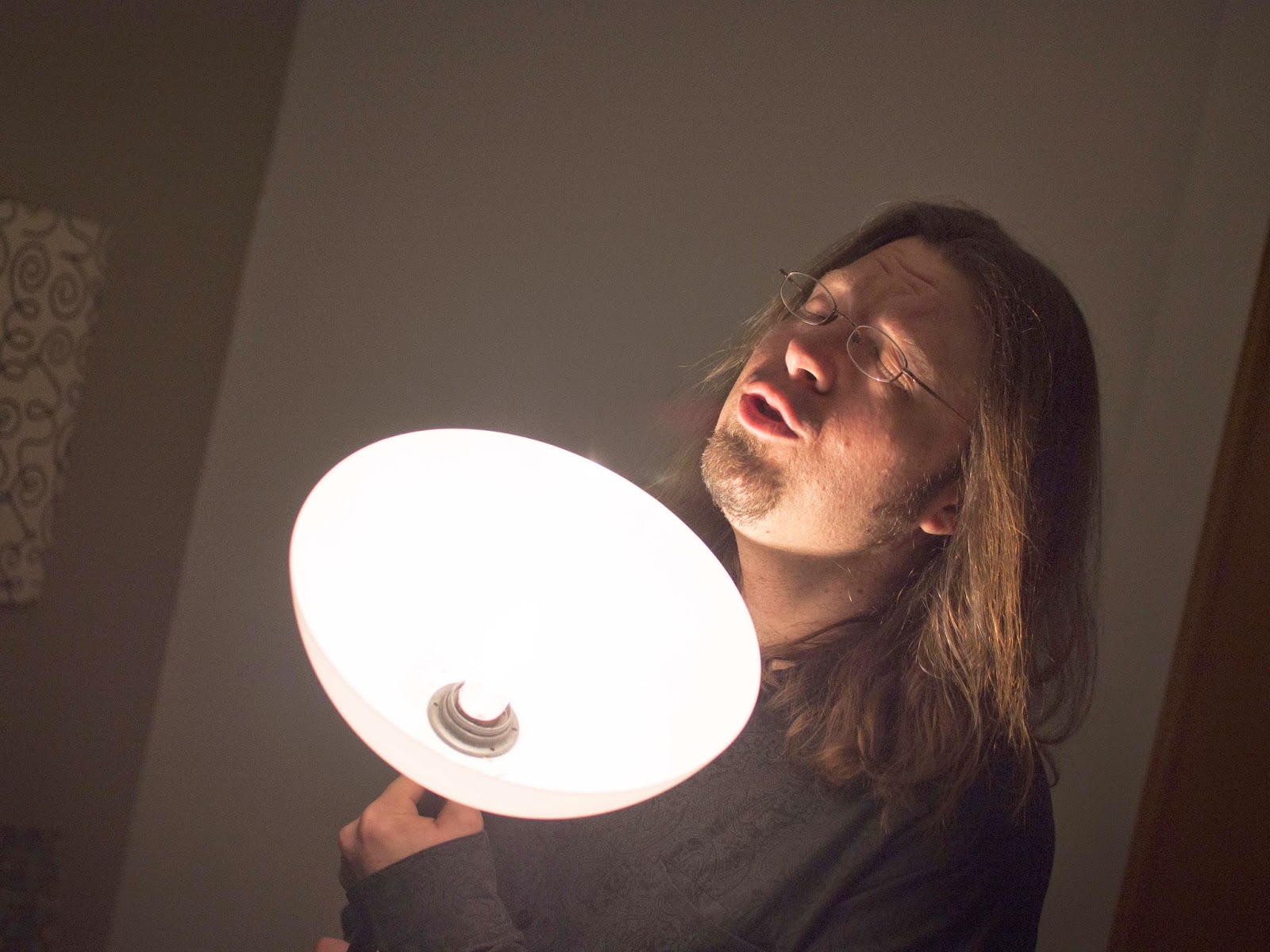 It's a private condominium and the lobby security guard is vigilante in a way that could be described as Glorified Mall Cop. He was immediately on to our shenanigans, so we waited in the parking lot for a resident to return from work and pleaded with him to pretend that we were friends so we can sneak onto the elevator with him. Surprisingly, it worked and we were able to haunt the stairwell from floor to floor and take pics with whatever bizarre furniture, artwork, wallpaper was around each corner. 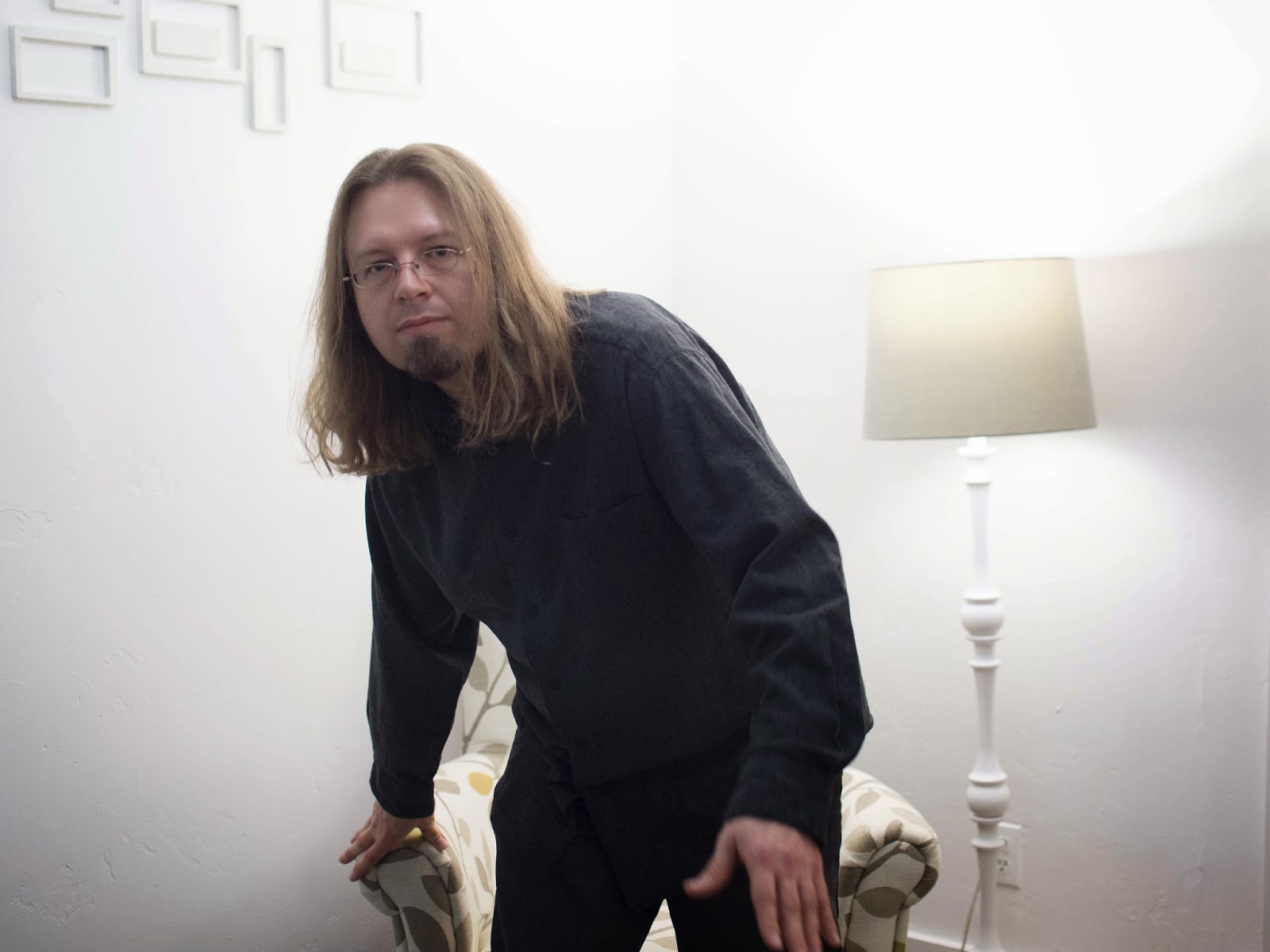 Of course, the security guard was waiting for us at the bottom and he knew we were liars, by then. He asked us who we were there to visit and Doug blurted out "Rousseau" which fooled NOBODY, because we do not live in the South of France so that was a wasted guess. The Security Guard threatened to call the cops and have our flashdrive confiscated, but luckily Rob talked us out of there with all photos in tact. So at least I have a few to choose from... 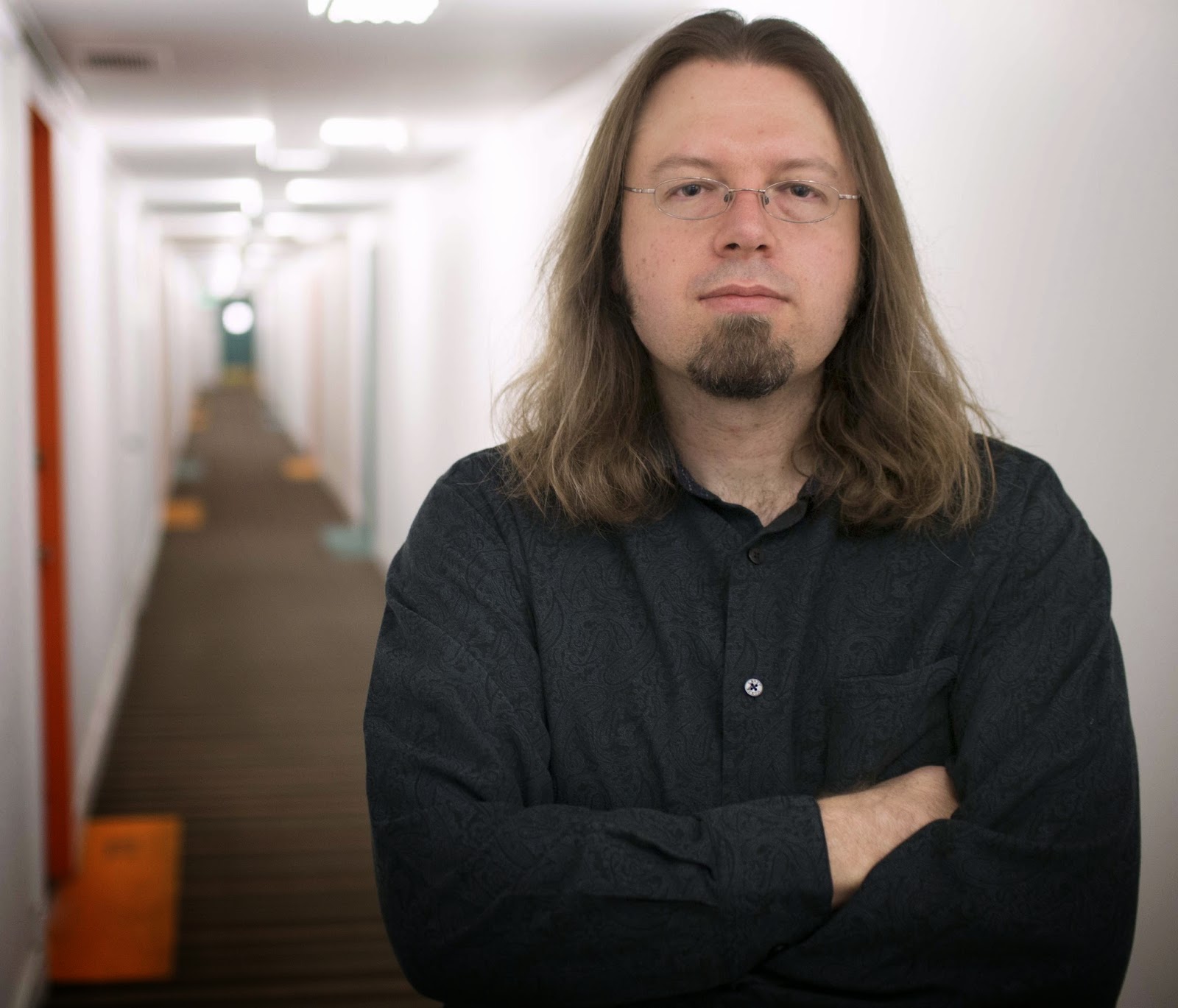 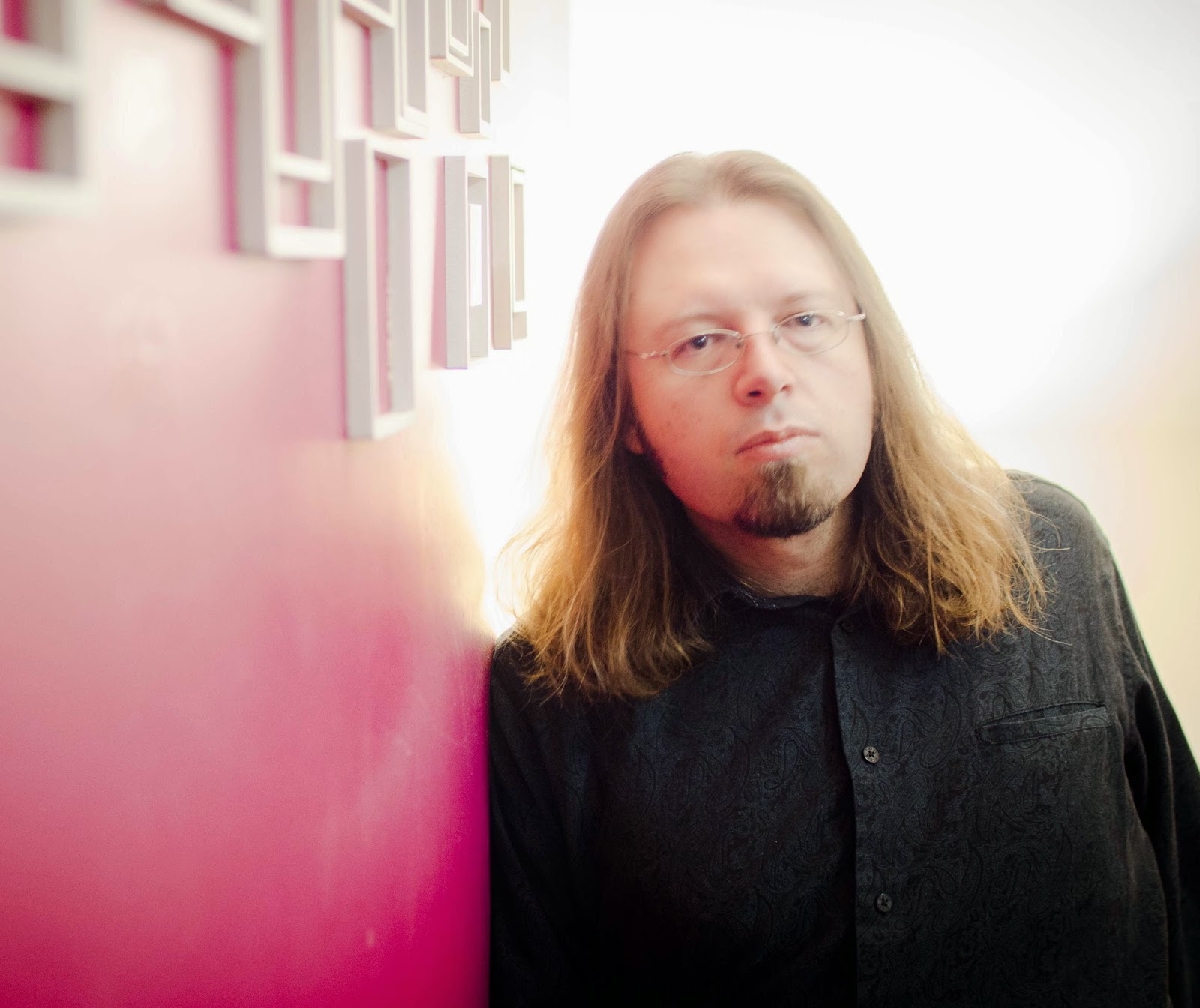 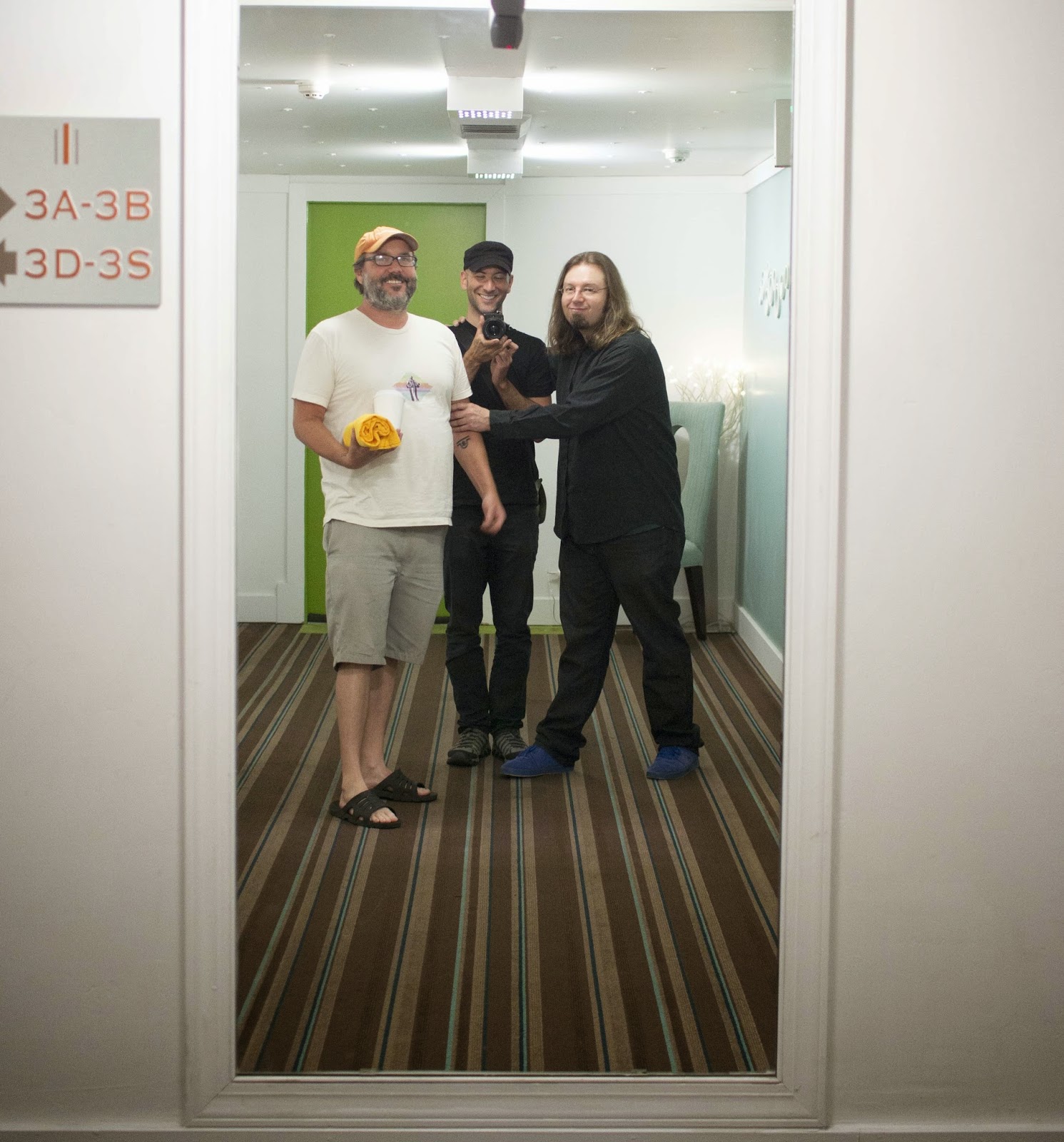